You are here: Home > About > Board of Directors > Richard Warner 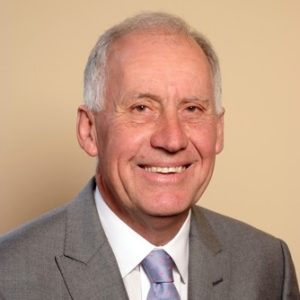 Mr Richard Warner owned and managed a successful horticultural production business between 1985 and 2008, with special interest in the sales and marketing of fruit juices to the food manufacturing sector in Australia and Europe.

With his background in farm management, Mr Warner was appointed as an Honorary Research Fellow in the School of Agricultural Science, University of Tasmania in 1999 and 2000.

Mr Warner was appointed Chairman of the Board of Tasmanian Grain Elevators (TGEB) in 1995, 1999 and 2002. The TGEB was responsible for the import, storage and distribution of grain in Tasmania, until it was sold in 2003.

Mr Warner worked with the Rural Industries Research & Development Corporation (RIRDC) between 1998 and 2003, with the aim of working with industry to invest in research and development for a more profitable, sustainable and dynamic rural sector.

Richard’s wife Kate was appointed Governor of Tasmania in December 2014 and since that time he has relinquished his commercial positions to support his wife in her new role.