Our special awards for Australian and developing country heroes bring attention and opportunities for food and nutrition security.

You are here: Home > About > Crawford Fund Patrons

Since 2016, the Crawford Fund has appointed distinguished Patrons to the Fund—individuals who have made significant contributions within the fields of agricultural development and global food security. By naming them Patrons, the Fund hopes to recognise these past contributions and continue to benefit from their outstanding records. Our Crawford Fund Patrons will help build our prestige and international standing. In addition, our Patrons will benefit from ongoing involvement with the Fund, including participation in mentoring and attendance to Crawford Fund conferences and State and Territory Committee events.

The Crawford Fund Patrons and former Patrons are four outstanding and recent Chairs of the Board who have shown continuing support for, and interest in, the Fund and international agricultural research for development. 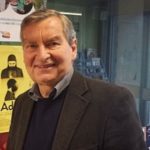 The Honourable Neil Andrew AO FTSE has had a long and distinguished career as a Parliamentarian and as Speaker of the House of Representatives. He has expertise in both public sector governance and irrigated agriculture and was appointed chair of the Murray-Darling Basin Authority (MDBA) in January 2015. Neil is not only a former Chair of the Crawford Fund Board, but was also chair of the Fund’s 2013 ‘Doing Well by Doing Good Task Force, which reported on how international agricultural research benefits Australia and least developed countries. Mr James Ingram AO is a former Chief Executive of the World Food Program and a former head of the Australian International Development Assistance Bureau (AIDAB). Jim was instrumental in the Fraser Government discussion to establish ACIAR in 1982. A former chair of the Crawford Fund Board, James led a Crawford Fund Task Force on world food security in May 2008, which resulted in increased funding by ACIAR.

The Honorable John Kerin AM is an Australian economist and former Minister for Primary Industries (1983-1987), Minister for Primary Industries and Energy (1987-1991), Minister for Transport and Communications (1991), Minister for Trade and Overseas Development (1991-1993) and Treasurer (1991). He has a long association with the Fund—after serving on the Board and as chair of the NSW and ACT Committees for some years, he was elected Chair of the Crawford Fund in October 2010. John has also served with the Australian Meat and Livestock Corporation, CSIRO, the Poultry Cooperative Research Centre, the Australian Weed Research Centre, the CRC for Tropical Savannas Management, UNICEF Australia and the National Ovine Johne’s Disease Programme Advisory Committee. 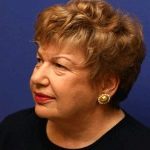 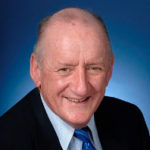 The late Honourable Tim Fischer AC was the former Deputy Prime Minister of Australia and Australian Ambassador to the Holy for 3 years until January 2012. A former Australian Army Officer, NSW State Parliamentarian, Leader of the National Party and Minister for Trade, Tim Fischer was also a consultant, company director, author, broadcaster, and multiple patron. After leaving DFAT, Tim served on two Advisory Boards (Cognita Singapore and Global Crop Diversity Trust Bonn/Svalbard, Norway). He was also a former Chair of the Crawford Fund. It was with considerable sadness that we reported that Tim passed away on 22 August 2019.