The Fund’s public awareness program has been supporting journalists to visit developing countries for some years. The aim is for them to experience and report on international agricultural research projects during what we’ve dubbed ‘seeing is believing’ trips.

To complement this public awareness strategy, we joined with the Australian Council of Agricultural Journalists in 2013 to launch our Food Security Journalism Award. The competition encourages working Australian journalists to investigate the important roles that agricultural research, training and rural development play in global food security. 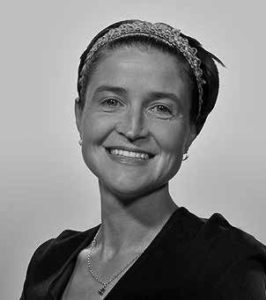 She received her award for her story on the aftermath of destructive Cyclone Pam in Vanuatu—her article considered Vanuatu’s fruit and vegetable crops, livestock and fisheries and how they had suffered extensive damage from Cyclone Pam. The piece included an interview on the Australian Centre for International Agricultural Research (ACIAR) projects, who was most vulnerable and how quick recovery could happen.

Sarina will take up her prize—a ‘seeing is believing’ visit to a developing country—in the coming year. Her award was announced at our Crawford Fund Annual Conference dinner on 10 August.

Her winning entry can be viewed here.

We would like to thank the other entrants for this year’s awards including:
Colin Bettles
Rosemary Grant
Ashley Walmsley