You are here: Home > News > Predictions in Agricultural Research

A recent report in Devex, ‘Agriculture and food security—where are we headed in 2017?’, delves into the future of agricultural research given increasing climate change impacts globally.

With increasing populations, more extreme weather conditions, greater variability in temperatures and rainfall, and greater incidence of natural disasters such as drought and flood, researchers are considering the future role of agricultural science in relation to establishing long-term food security.

The article was prompted by high-level discussions with agriculture and food security researchers, the Australian Centre for International Agricultural Research and the Department of Foreign Affairs and Trade in Canberra late last year.

“We need to come together to have a greater consensus on priorities to be more focused on the geographies where we are going to have a greater impact,” said Ruben Echeverria, Director General of the International Center for Tropical Agriculture (CIAT).

He goes on to explain, “For example, climate change will reduce the growing season of many crops by 20 per cent in the next 20 to 30 years. That is something we need to start working on right now to adapt to such a big change.”

The areas discussed included the following: 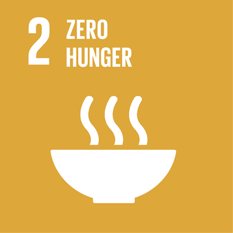