You are here: Home > Opinion: Trade can be a handmaiden to agricultural productivity growth, October 2017

Opinion: Trade can be a handmaiden to agricultural productivity growth, October 2017 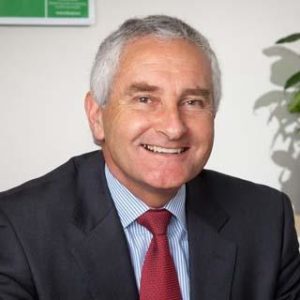 There are justifiable concerns about the capacity of agriculture to feed the world as national populations and per capita incomes grow. Those concerns include the slowdown since late last century in farm productivity growth, and the expected impact of climate chance in slowing it further. Thus, the world’s 700 million extremely poor and 820 million hungry and under-nourished people remain at risk, two-thirds of whom are developing country farmers.

Certainly, increased public and private investment in agricultural R&D could eventually lead to expanded production and lower food prices. But the impact of R&D takes decades to be fully felt; and it will be less useful, the more markets are distorted by government policies such as trade restrictions and subsidies.

One way to reduce the plight of those 700-820 million poor, hungry and under-nourished people, promptly and at little cost, is to increase the openness of markets for farm products to international trade. During much of the 20th century, restrictions at national borders slowed the growth in international food trade, reducing the efficiency of global resource use in agriculture. Policy reforms in the two decades from the mid-1980s eased the situation, but that rosy period ended with the financial crisis of 2008. Since then there have been outbreaks of anti-globalization sentiment in western countries that are putting at risk the progress made late last century. There remains, therefore, considerable scope for further reforming trade-related farm policies that are still distorting food prices and limiting the role international trade can play in strengthening global food security – a role that is becoming ever-more important as climate change increases the volatility of national crop yields.

To get a sense of how food markets in various parts of the world might develop over coming decades, IFPRI provides in its Global Food Policy Report 2017 a set of projections to 2050 that incorporate the standard drivers of change such as growth in sectoral productivity, populations, per capita incomes and associated dietary changes, first without and then with climate change. It projects that net imports of cereals will be 70-90 MMT greater in 2050 than in 2010 for Sub-Saharan Africa, 50-60 MMT greater for South Asia, and around 80 MMT greater for the Middle East and North Africa. For East Asia, the projection is for 30 MMT extra net imports of cereals by 2050 in the absence of climate change, but 110 MMT fewer net imports of cereals (net exports of 65 MMT instead of 75 MMT of net imports) in the presence of climate change because climate change is projected to boost farm output slightly in East Asia while reducing it in Sub-Saharan Africa and South Asia.

IFPRI projects people in developing countries would consume one-sixth more kilocalories per capita per day in 2050 than in 2010 if no climate change was occurring, but just one-eighth more under their selected climate change scenario. That translates to a reduction in the number of people in the world at risk of being hungry of 52% without climate change, but of only 43% in the presence of climate change.

The above projections assume no change in trade-related food policies. That is reasonable given the lack of progress at the World Trade Organization in its Doha round of multilateral trade negotiations and the relatively small degree of opening to food trade in preferential trade agreements. But if climate change is to become more damaging to food production via larger and more-frequent extreme weather events, then all the more reason for national government to open up unilaterally and allow international trade to buffer seasonal fluctuations in domestic production. The more countries that do so, the less volatile will be international food prices. There will still be occasions when international food prices spike though. This raises the question as to what alternative instruments governments could use at such times to avert short-term losses for significant groups in their societies.

A standard answer from economists is that food security for consumers, most notably food affordability for the poor, is best dealt with using generic social ‘safety nets’ – or, better still, ‘trampolines’. Such measures can be targeted to the most vulnerable households to offset the adverse impacts of a wide range of different shocks on poor people – net sellers as well as net buyers of food – without imposing the costly by-product distortions that necessarily accompany the use of inferior trade policy instruments for social protection. The measures might take the form of conditional targeted income supplements to only the most vulnerable households, and only while the price spike lasts.

This standard answer has far greater power now than just a few years ago, thanks to the digital information and communication technology (ICT) revolution. In the past, critics often have claimed that such payments are unaffordable in poor countries because of the fiscal outlay involved and the high cost of administering such handouts. However, the ICT revolution has made it possible for conditional cash transfers to be provided electronically as direct assistance to even remote households, and they can even bypass intermediaries such as village chiefs.

What if countries are still unsatisfied with the contribution of their farmers to national food security, as reflected in food self-sufficiency ratios? Agricultural import protection measures are far from first-best ways of dealing with these concerns. Alternative measures include boosting public investments in agricultural R&D, in rural education and health, and in roads and other rural infrastructure improvements. If the social rates of return from those investments are currently high and above private rates of return on investments, as is typically the case in developing countries, expanding such investments will boost economic growth. Almost certainly they would also reduce poverty and boost food security, including through raising net farm incomes while lowering the consumer price of food in towns and cities.

What is certain is that a range of short and longer term policy options and investments are available to governments and more-efficient and more-equitable policy instruments than trade restrictions and subsidies should be considered so trade has a chance to be a handmaiden to agricultural productivity growth.

*Kym Anderson is President of the Policy Advisory Council of the Australian Centre for International Agricultural Research, and the George Gollin Professor of Economics at the University of Adelaide, where he has been affiliated since 1984. He is also a part-time Professor of Economics at the Australian National University’ Crawford School of Public Policy. He is Chair of the Board of Trustees of the Washington DC-based International Food Policy Research Institute. He has published more than 400 articles and 40 books. In 2014 he was conferred with an honorary Doctor of Economics degree by the University of Adelaide and in 2015 he became a Companion of the Order of Australia (AC). This piece draws on the author’s chapter on ‘Global Trade Futures’, for a book on Global Agri-Food Systems to 2050: Threats and Opportunities, edited by P. Pingali and R. Serraj, to be published in 2018 by World Scientific for the ISPC.