The Crawford Fund has launched its 2017 Food Security Journalism Award at a NSW Farm Writers event facilitated by the Fund to discuss national strategies and international challenges of biosecurity.

“Today we are at a NSW Farm Writers event to hear from expert panellists, well known to the Crawford Fund, on issues of biosecurity—the health of Australia’s national biosecurity systems; responses to international challenges; and what it all means from a farmer’s perspective,” said Dr Denis Blight, Chief Executive of the Crawford Fund.

“We are pleased to have as our moderator a former Food Security Journalism Award winner, Ms Sarina Locke, who completed a ‘seeing is believing’ visit to Timor Leste this time last year, the aim of which was to see and report on agriculture for development projects in the field. 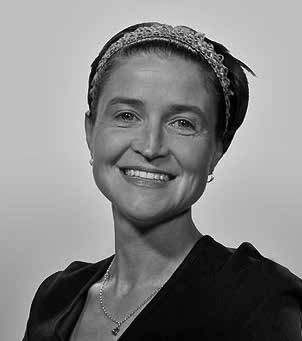 “I have no doubt that the Australian journalist who wins our food security journalism award this year will also benefit from seeing agricultural development and research in the field in a developing country, and meeting passionate people dedicated to improving food security,” said Dr Blight.

“We hope to receive many nominations for this year’s award with examples of reporting on global food security issues—such as biosecurity—by working Australian journalists.

“Our journalism award acknowledges reporting that highlights the myriad of issues related to food security and agriculture for development, as well as the mutual benefit of related R&D,” he said.

“It’s great to work again with the Australian Council of Agricultural Journalists to deliver this award as part of their other Australian awards that recognise excellence in reporting.”

Dr Blight explained that the winning journalist will be provided with a Crawford Fund ‘seeing is believing’ visit to a developing country to view and report on current Australian and international research and training that has a focus on food security.

Entries are now open for print, broadcast and internet-based reports, by working Australian journalists, around food security. All entries need to have been published in the 12 months leading up to the closing date of cob Monday, 5 June 2017, and should be submitted to the Fund’s Director, Public Affairs Ms Cathy Reade by cob Friday, 16 June 2017, to be considered by a reviewing/judging panel.

The winner will be announced at the Fund’s Annual Conference to be held in Canberra on 7 and 8 August. Further details, including the application and judging processes, are available here.