You are here: Home > News > Opinions > Opinion: Working harder against “truth decay” in science and agriculture

Opinion: Working harder against “truth decay” in science and agriculture

I have been truly alarmed at the recent trend to see equivalence between facts and opinions.

This is most evident in the public debate about climate change. But it also has broader significance for anyone associated with research, science or related public policy issues.

During the recent ACIAR roundtable on agriculture and nutrition which preceded the Crawford Fund Conference some of the issues were aired.

The Conference was an ideal platform to advance the discussion of the agriculture, health, nutrition nexus. But we need to ask a key question. In the face of such overwhelming facts why are we making such slow progress? There is no doubt that this is a complex space and legitimate alternative views can be expressed.

However, it is also true that opinions masquerading as facts can be found on the internet every day.

In a recent publication by the Rand Corporation, Michael Rich and Jennifer Kavanagh have identified four related trends of what they term “truth decay”.

I am sure we are all familiar with at least some of these trends.

Science and agriculture are not exempt from this challenge.

Everyone eats, most people cook, and from this experience they form views about food and nutrition which may fly in the face of science.

This is not an advocacy of despair. It is an exhortation to work harder.

The outstanding presentations at the Crawford Fund Conference outlined the scale of the problem of food production, nutrition and sustainability.

We will need all our abilities and energy applied to the task if we are to break the cycle of malnutrition and also the growing crisis of over nutrition. At the same time we are confronting the false but tempting siren call “Why are we sending aid overseas when our farmers are doing it so tough?”

ACIAR and the Crawford Fund should be at the forefront of the efforts to counter this false comparison. In the first instance we should challenge it in the name of humanity. The disturbing presentation by Jessica Fanzo about the crisis of stunting in our two nearest neighbours (PNG and Timor L’Este) and its consequences for the individuals affected and for those nations as a whole should be enough to motivate anyone with even a sliver of human decency to accept that we have a moral obligation to assist.

In addition to this argument of principle, there is the self–interest of the two organisations. If aid is slashed further to fund domestic concerns the excellent work which ACIAR and the Crawford Fund perform will be jeopardised.

Over and above all this, the loss of respect for facts and the consequent “truth decay” has serious consequences for the health of democracies, including here in Australia.

Rich and Kavanagh identify four effects which they regard as potentially the most damaging:

It is no good pretending that all these are consequences of Donald Trump’s election.

They may be part of the explanation of his victory. And it may well be true that he is exacerbating the problem.

But we must all focus on the underlying problem.

The Crawford Fund’s mandate does not stretch to all the issues I have raised.

But its role as an advocate for research, science and international development provides it with an opportunity to play a part in the ongoing debate.

It is too important an opportunity to waste. 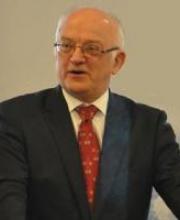 Mr McMullan is a member of the high-level Advisory Group on Climate Change Financing, which was mobilized during the UN Climate Change Conference in Copenhagen in December 2009. The new Group, which will be co-chaired by Prime Minister Meles Zenawi of Ethiopia and former Prime Minister Gordon Brown, UK, includes Heads of States and Government, high-level officials from Ministries and Central Banks, as well as experts on public finance, development and related issues. The Group members will produce a report containing recommendations before the next Conference of the Parties to the UNFCCC in Mexico December 2010.

Mr McMullan has a special interest in the welfare of disabled persons in developing countries and initiated the World Bank’s Global Partnership for Disability and Development, adopted by the GPDD Task Force 24 February 2005

Mr McMullan had a long and distinguished career in the Australian Parliament as one of Australia’s pre-eminent Labor politicians.

In 1981, he was elected National Secretary of the Labor Party and he directed the ALP’s three successful election campaigns in the 1980s. After being appointed Senator for the Australian Capital Territory in 1990, Mr McMullan was appointed Parliamentary Secretary to the Treasurer in 1990 and in 1991 became Manager of Government Business in the Senate. As Senator for the ACT, held the positions of Minister for the Arts and Administrative Services (1993) and Minister for Trade (1994), before being elected to the seat of Canberra in 1996 and, after a redistribution, as Member for Fraser in 1998. Between 1996 and 2007 Mr McMullan held a number of Shadow Ministerial positions including Shadow Treasurer, Shadow Minister for Finance and Small Business and Shadow Minister for Federal/State Relations, and after the election of the Rudd Government in November 2007, he was appointed Parliamentary Secretary for International Development Assistance.