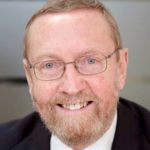 Sir John Beddington was appointed as Government Chief Scientific Adviser (GCSA) on 1 January 2008. Since being in post, the GCSA has led on providing scientific advice to Government during the 2009 swine flu outbreak and the 2010 volcanic ash incident. The GCSA has also been responsible for increasing the scientific capacity across Whitehall by encouraging all major departments of state to recruit a Chief Scientific Adviser.

Throughout 2008 and 2009 Sir John raised the concept of the “Perfect Storm” of food, energy and water security in the context of climate change, gaining considerable media attention and raising this as a priority in the UK and internationally.

Prior to his appointment as GCSA, he was Professor of Applied Population Biology and headed the main departments of environmental science and technology at Imperial College. His main research interests are the application of biological and economic analysis to problems of Natural Resource Management.