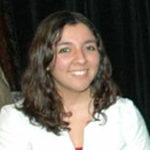 …The enriching and thought-provoking contents of the Conference, together with the intense and passionate discussions that followed with other scholars, were really for me one of the greatest highlights of 2013

The Conference provided a very broad and multidisciplinary approach to the complex issues of agriculture, mining and development. By highlighting the diversified reality of mining in Africa and the contribution that Australia can offer in terms of expertise, research and funding the speakers have provided a solid and encouraging platform to face current challenges and design possible partnerships. The event also offered the truly unique opportunity to meet other young scholars and researchers from the agricultural and environmental field, thus fostering the principle of networking for future collaboration which was truly enjoyed by all participants and really achieved.

The main goal of the conference was to invite experts from different fields to discuss current challenges and possible solutions that could strengthen the relationship between the agricultural and mining sector, and ultimately benefit local communities where the mines are based. Mining is a controversial yet profitable industry in both developing and developed countries, whose impact and importance for the economy and for agriculture cannot be underestimated. The scenario that emerged from this discussion is multilayered and diverse, whose complexity cannot be reduced to general guidelines but needs to be addressed with a multidisciplinary approach.

The story of mining in Africa has been controversial and often tragic, and similarly to other development projects resulted in corruption, environmental degradation and community disruption. In the words of Dr Florence Chenoweth, the Minister of Agriculture for Liberia, countries such as her own had to resort to mining as a desperate recourse to recover from a war that lasted over twenty years and consumed every resource available, including all animals and seeds. In spite of reassuring presentations that showed mining companies currently involved in projects of community and agricultural development, many speakers pointed out the negative impact of past experiences and the need to formulate strong policy frameworks that will guarantee effective beneficial returns to local communities and economies. Consequently the idea that bread can be generated from stones appears as a short-term but often necessary resource, with consequences and implications that need to be closely monitored and regulated.

Another highlight pointed out during the Conference was the similarity that connects the mining and agricultural sectors, thus emphasising the need for collaboration between these fields: agriculture was claimed to pollute more and to occupy more land than mining activities. However, it would be important to specify what model of agriculture it is fostered in this context and what kind of mining activity is involved. Traditionally for many cultures agriculture is responsible for keeping the fertility of the soil, its biodiversity and productivity: the risk of fostering in developing countries an intensive and large-scale model of agriculture is to exclude small and medium scale farmers from their land, especially women, and to push them to already overly populated cities. Moreover mining products are a precious but limited resource which encourages a reflection on models of production that are not so dependent on them. As a consequence agricultural research emerged as a privileged tool to train young and future generations to manage resiliently natural resources in order to achieve long-term food security.

The enriching and thought-provoking contents of the Conference, together with the intense and passionate discussions that followed with other scholars, were really for me one of the greatest highlights of 2013. I am really grateful to the Crawford Fund for this opportunity because it gave me a true perspective of future research I could realise, while giving us all as a group the inspirational feeling to be part of a wider community that will work collaboratively in future from different parts of the world.