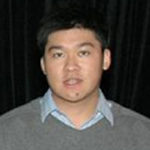 …It was fascinating to hear a variety of methods already used by mining corporations to develop relations with local communities or even adopt farming practices.

Being my first time attending a research forum, the 2013 Crawford Fund conference was an exhilarating experience. The participation of 300 delegates from around Australia and from at least 20 different African countries also created an overwhelming atmosphere. Dialogues from many great speakers and panellists including His Excellency Festus Mogae, the Honourable Dr Florence Chenoweth and Dr Yemi Akinbamijo were just some of my greatest highlights. Their determination and perseverance to make Africa a better place has driven me to also strive for my passion.

The forum explored the interface of mining and agriculture and the alternatives for stimulating linkages among industries, governments, stakeholders and community groups alike. As a young scholar embarking on a career in environmental science I was somewhat oblivious to the many issues addressed and their complexity. Land and water use has often been the flashpoint between miners and farmers and this could not be more evident in Africa and Australia. But in Africa, these can have serious repercussions – for example, local farming communities being displaced by mining activities which may in turn exacerbate food insecurity.

The lack of awareness and interest from the youth has also been an issue which has left the agricultural sector vulnerable to an aging farmer population. This has consequently led to an increased division and competition between to the two industry cultures by which mining interests generally prevail. But mining activity, albeit artisanal and small-scale mining (ASM), also plays an important role in increasing incomes and employment in rural Africa as it has over the past decade (Professor Gavin Hilson).

This conference has given me an appreciation of the challenges faced by both industries and it gives me confidence that there are also many great opportunities. It was fascinating to hear a variety of methods already used by mining corporations to develop relations with local communities or even adopt farming practices. For instance, corporations may invest in the community (e.g. Paladin Energy and Resolute Mining) by applying a bottom-up approach and encouraging early stakeholder participation for adoption and adaptation. Such strategies may involve assisting communities and farmers to grow fruits, vegetables, fish and other produce, supporting health and education, developing infrastructure, and promoting the use of locally grown food to support local farmers. Alternatively, corporations may invest in agriculture such as Rio Tinto’s Hamersley Agricultural Project which utilizes surplus dewatering water to grow pasture for cattle feed. This is an innovative solution to minimize environmental impact as well as drought-proofing pastoral stations in the region. The symbiotic mix between miners and farmers is certainly achievable. However, the search for common ground is never a simple task.

Despite Africa’s wealth of natural resources there is enormous need (HE Festus Mogae). These needs however cannot be simply addressed by mining corporations. As Peter Sullivan underscored, miners are not an arm of government or a charity/aid organisation. And, they would not attempt this without partnership and collaboration (John Borshoff). The models provided should instead be expanded by governments beyond the scope of the mining corporation. Whether these strategies and frameworks are implemented not only depends on ability, but on goodwill and the will to make a change. Clearly, effective collaboration, coordination and transparency between different sectors has never been more important and still remains a pinnacle for development (e.g. capacity building).

I believe this conference has been very beneficial for my own personal growth especially as I begin to step into the real world. Meeting many lively young scholars has also motivated me to express my innate passion and to discover new interests and pathways. In all, the Crawford Fund has given me an invaluable opportunity to learn, grow and build companionship and I cannot express my appreciation enough for their generosity.