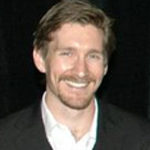 …it was refreshing, and actually quite inspiring, to hear from a diverse group of delegates during the conference who proposed a new way of approaching the nexus between mining and agriculture.

The 2013 Crawford Fund conference, held in conjunction with the Africa Australia Research Forum, shed light one of the most significant, yet challenging prospects facing the primary industries – the co-existence of mining and agriculture. Historically, the two industries have held an antagonistic relationship with one another with key stakeholders from either industry often in disagreement over the long-term value and imposed externalities of the opposing industry, particularly when comparative assessments are being made. In light of this traditional standoff it was refreshing, and actually quite inspiring, to hear from a diverse group of delegates during the conference who proposed a new way of approaching the nexus between mining and agriculture.

Mario Pezzini from the OECD Development Centre provided what was, to me, the most important message from the conference when he spoke of an endowment of natural resources in Africa having the potential to be a blessing or a curse. The so called ‘Dutch Disease’ is an all too familiar dichotomy in which a country rich in natural resources often suffers a slump in manufacturing and/or agriculture which stalls growth in these two industries and effectively hinders the development of the secondary and tertiary industries required to support a diversified and sustainable economy. This message was further explored by Mr Emerson Zhou, the Executive Director of a public-private partnership called the Beira Agricultural Growth Corridor (BAGC), who discussed opportunities for farming communities to benefit from capital inflows from mining developments through shared infrastructure and the opportunity to engage in co-ordinated supply chains to meet the sustained increase in local food demand during the mining tenement. The panel discussions then provided a great avenue to debate the merits of each presenter’s proposals based on the experiences and insights provided from other people at the table.

During the student research day, Dr Yemi Akinbamijo from the Forum for Agricultural Research in Africa spoke candidly about some of the challenges facing agricultural research in Africa while also highlighting the extensive opportunities for those willing to push ahead in spite of such obstacles. Dr Yemi’s presentation was a perfectly timed message to inspire those of us who had been taken back by the imposing level of complexity affecting the policy frameworks and technical challenges which often derail attempts to synchronize mining and agricultural developments. The student presentations which followed covered a broad range of topics from rural income distribution analyses to the development of improved management techniques in aquaculture. Each session was thought provoking and provided some unique insights into the research landscape in Africa and Australia. The informal networking amongst the scholars, students and distinguished guests was a personal highlight from the conference as it provided me with some innovative and inspiring perspectives on agricultural research and development as well as some valuable contacts (and friends) going forward.