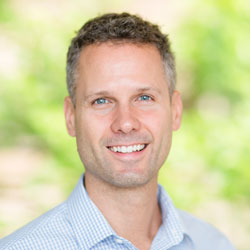 Alex heads a research laboratory focused on plant nutrition and biofortification in the School of BioSciences at The University of Melbourne. His research explores how plants absorb nutrients from soil and the factors affecting nutrient bioavailability in edible parts of plants. He has worked with the non-profit initiative HarvestPlus over the past decade to develop iron biofortified varieties of rice and wheat to combat human iron deficiency in developing countries. Alex has a Master of Science and PhD from Virginia Tech in the USA. Prior to Melbourne he held postdoctoral positions at the University of Cambridge (Cambridge, UK) and the Australian Centre for Plant Functional Genomics (Adelaide, Australia).

Micronutrient deficiencies are among the most serious health issues facing billions of people in developing countries of Africa, Asia and Latin America. Rice and wheat provide a significant proportion of dietary energy in these countries yet people who consume large quantities of cereals often suffer from “hidden hunger” due to low concentrations of iron, zinc and provitamin A in the grain. Human iron deficiency is the most common nutritional disorder in the world, affecting more than two billion people, with symptoms ranging from poor mental development in children, depressed immune function to iron deficiency anaemia. The development of iron enriched crops – a process commonly referred to as iron biofortification – has emerged as a highly economical and sustainable approach towards increasing iron intakes in developing countries at no additional cost to growers and food manufacturers. We have used genetic engineering to produce rice and wheat plants that are more effective at mining soil for iron and transporting iron to grain. These iron biofortified plants contain significantly increased iron concentrations in edible grain tissues, yield normally in multi-location field trials, and have high iron bioavailability as indicated by cell culture assays. Whilst the first release of iron biofortified rice will likely occur in Bangladesh, subsequent adoption of iron biofortified rice in West and Central Africa could contribute to major reductions in human iron deficiency. Iron biofortified wheat is likely to have similar impact if adopted in wheat growing regions of North Africa.