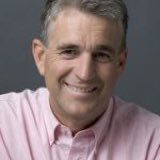 John Anderson has been a long-serving member of the Board of the Crawford Fund and has been Chair of the Board since 2017. He was recently appointed companion of the order of Australia (AC) in the Queen’s Birthday 2022 Honours List for eminent service to rural and regional development, to leadership in international agricultural research and food security, to social commentary, and through contributions to not-for-profit organisations.

John Anderson is the former Deputy Prime Minister and Leader of the National Party of Australia (1999-2005); Minister for Primary Industries and Energy (1996-1998); Minister for Transport and Regional Development (1998-2005); served on Expenditure Review (Budget) Committee, National Security Committee and Standing Environment Committee while in Cabinet. He was the member for Gwydir, New South Wales 1989 to his retirement in 2005. John has returned to farming, and is also active in the not-for-profit sector.