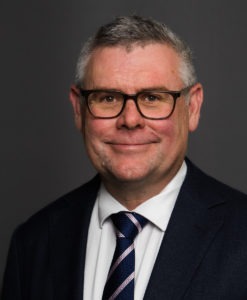 Minister for Agriculture, Fisheries and Forestry

Murray Watt was elected as a Senator for Queensland in 2016. He is the Albanese Government’s Minister for Agriculture, Fisheries and Forestry and Minister for Emergency Management.

Murray is Brisbane born and bred, and has strong family ties to regional Queensland, with both sides of his family having a long history in farming and teaching.

For over 20 years, Murray’s working life has been spent as an advocate for others, as a lawyer, a public servant and as Chief of Staff to former Premier Anna Bligh. Murray also served one term as a Queensland State MP and Assistant Minister in health and economic portfolios.

Since his election in 2016, Murray played a key role in Senate Estimates and a range of Senate Committees including the Rural and Regional Affairs Committee. As a Senator and Shadow Minister, he led a number of Senate inquiries into issues including regional development, energy and resources, emergency management and health care.

Murray and his wife Cynthia have two children who are both keen soccer players and he gets to as many games as he can!