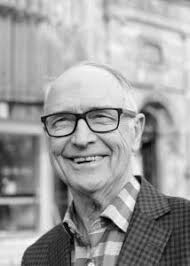 Ross Garnaut is an economist whose career has been built around the analysis of and practice of policy connected to development, economic policy and international relations in Australia, Asia and the Pacific. He was Distinguished Professor of Economics at The Australian National University and currently holds a part-time research position as Professorial Fellow in Economics at the University of Melbourne. He is the author of many influential economics books and papers.

Ross held positions as Chairman of the Boards of large Australian and international companies continuously from 1988 to 2013. He has held a number of senior Government positions, including as head of the Financial and Economic Policy Division of the Papua New Guinea Department of Finance in the years straddling Independence in 1975; principal economic adviser to Australian Prime Minister Bob Hawke; Australian Ambassador to China (1985-88). He has led many high-level Government Reviews and Commissions, including the preparation of the Report to the Australian Prime Minister and Foreign Minister ‘Australia and the Northeast Asian Ascendency’ (1989); the Review of the Wool Industry (1993); the Review of Commonwealth-State Funding (2002); and the Garnaut Climate Change Reviews (2008 and 2011). He was Chairman of the Australian Centre for International Agricultural Research 1995-2002 and Trustee and Chairman of the International Food Policy Research Institute 2003-10.

To John Crawford, the role of economics was to illuminate real world conditions and improve policy options. At a time of historic change in climate and Australia’s international environment, we need Crawford’s approach to economics as never before.

Growth in global population and incomes, and climate change, are putting pressure on land and water resources. Transformation of land use and food consumption are important dimensions of the response to climate change. Australian research skills in agriculture, biology, botany, engineering and economics can secure the Australian transformation and extend it internationally.

The challenges of climate change are especially acute and the opportunities exceptionally large in Australia. The drying and warming of southern Australia is undermining established agricultural and pastoral activities. But rural and provincial Australia have global comparative advantage of considerable value in activities the value of which will be greatly increased in the zero carbon emissions world that is necessary to limit damage from climate change: renewable energy resources; opportunities for biomass production as a zero emissions source of inputs into industrial activities; and the opportunity for sequestration of carbon in Australian soils, pastures, woodlands and savannahs, and forests.