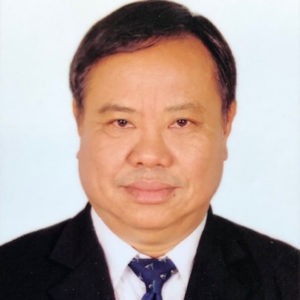 Dr Oudom Phonekampeng is a Laos National who has worked across the globe from Oceania, Australasia, Europe to the Americas. He has over 22 years experience both in teaching and practicing animal and agricultural science. He completed his Bachelors in Russia, Masters in Thailand and his Doctorate in Sweden. His expertise is in aquatic ecology and fisheries, working specifically on hydropower and agricultural projects. He previously held the position of Dean of the Faculty of Agriculture for a period of more than ten years, and now hold the position of Vic-President of the National University of Laos.

Finding the best ‘way’ with fish passes around dams

The Lower Mekong Basin provides habitat for over 480 species and 40 families of fish, many of which are endemic. The catchment provides for 2 percent of the worlds commercial fish catch, with 2.2 million tonnes per annum extracted.

Movement of fish through the Basin is vital to maintain fish populations, especially for migratory species. However, thousands of barriers have been installed throughout the Lower Mekong Basin hindering fish passage.

Work is being undertaken to establish the best responses to the increasing number of barriers throughout the Lower Mekong Basin. Engineered structures are being designed to account for specific ecological objectives, hydrology and fish species within a site. This endeavor is not without challenges, and one size does not fit all.

The Pak Peung Wetland Research site is located about 100 km to the north east of Vientiane, the capital of Laos. The ACIAR supported project started in 2008 and a fully commissioned cone fishway was installed in 2014. Monitoring has been an essential part of the project; to learn about the success of the fishway so similar projects can be successfully rolled out across the Basin.

This talk will investigate an example of an engineered fishway at Pak Peung, Laos. It will also discuss some of the success and challenges of fish passage design.